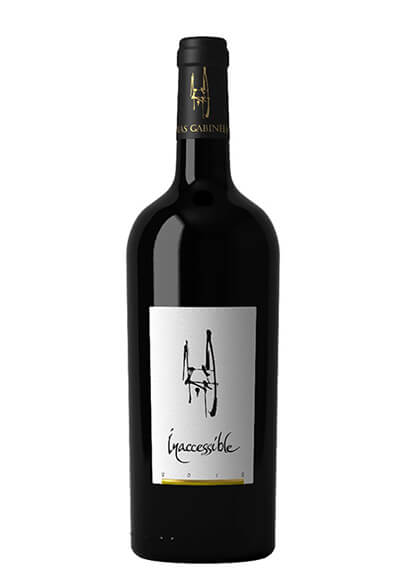 a terroir of blue and ochre schist

matured for 18 months in new casks

The vineyard is located on the commune of Laurens, 20 km to the north of Béziers. There are two sections to the estate. One to the north of the commune between Laurens and Faugères, the other to the south between Laurens and Magalas. The first parcels of land were bought in 1997. The estate now covers some 18 hectares, 15 of which are planted with vines.

The soil is predominantly Laurens-Cabrières sandstone schist, a neighbouring type to the Faugères hills soils. This soil type is of fragile structure, slightly acidic and can be difficult for the vines and which, when associated to adapted cultivation methods provides excellent balance for the vines.

In the Languedoc the yields for 2012 returned to more ‘classic’ values and were consequently lower than for the 2011 vintage. There was a significant rainfall deficit during the year with the winter drought not being compensated for by regular rain from April to August. There were very high temperatures in August leading to phenomena of concentration in the earlier maturing coastal zones. In the Faugères sector, where maturity is slightly later, rainfall just ahead of the harvest limited the concentration phenomena.

Double Cordon de Royat trellising for Syrah and Mourvèdre, traditional goblet pruning for the Grenache. Yield was from 20 to 25 hl/ha depending on the parcel.

Hand harvesting with sorting of the ripest grapes in the vineyard (13th September to 9th October).

Long maceration periods at high temperature (25 to 30° C) even, and above all, after completion of the sugar cycle. Extraction by repeated and alternating classic techniques: pumping over, drawing off, cap punching. Early introduction into new casks and then matured for 16 months.

We have produced 864 bottles of this exceptional vintage.

Jacques Brel sang about the inaccessible star in his version of Don Quichotte de la Mancha. Thierry celebrates the terroir of Faugères through these confidential offerings.

If you are lucky enough to have been able to find a bottle, make sure to have a well proportioned glass to hand to get the most from this wine.

You will discover a very deep colour with a violet hue.

But then it would be a good idea to sit down before tasting it because the tannins will bowl you over, albeit gently and with finesse. The finishing note is a gift of incredible length rebounding onto smoky and balsamic notes.

In the presence of such a wine, eating isn’t really necessary. Those who are really hungry though can go for a tournedos steak, lamb cutlets, a mature Gabriel Coulet Roquefort cheese.

Life can be so simple sometimes….